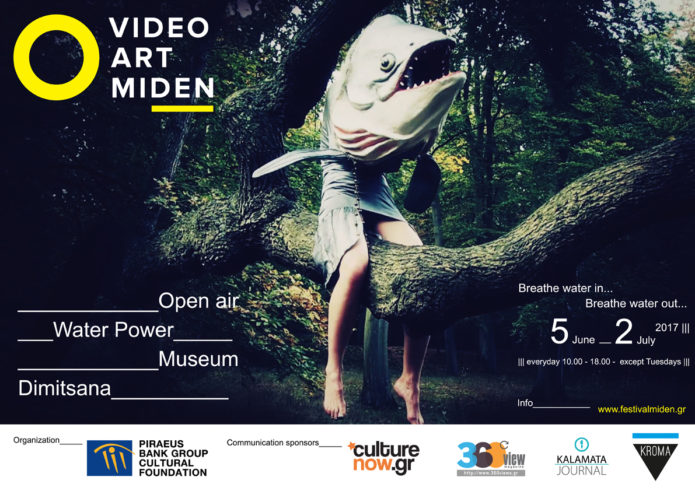 The exhibition will be open every day (except Tuesdays) 10.00-18.00
Address: Open Air Water-Power Museum, Dimitsana, www.piop.gr

About Video Art Miden
Miden* is an independent organization for the exploration and promotion of video art. Founded by an independent group of Greek artists in 2005, it has been one of the earliest specialized video-art festivals in Greece and has built an international festival identity, presenting an annual video art festival for a decade. Since 2015, Miden continues its work changing its form to a more flexible and broadened event programming, setting as basic aims to stimulate the creation of original video art, to help spread it and develop relevant research.
Through collaborations and exchanges with major international festivals and organizations, it has been recognized as one of the most successful and interesting video art platforms internationally and as an important cultural exchange point for Greek and international video art. It also provides an alternative meeting point for emerging and established artists and a communication hub between artists, organizations, festivals and art spaces around the world.
Miden screening programs have traveled in many cities of Greece and all over the world, and they are hosted by significant festivals, museums and institutions globally.
(*Miden means “zero” in Greek)