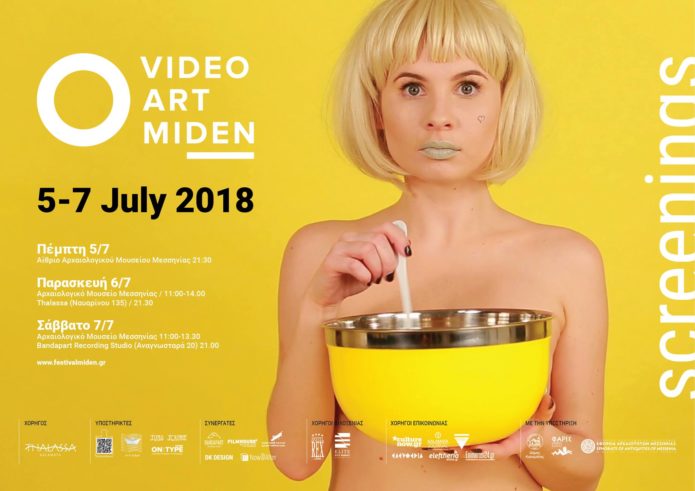 Video Art Miden has also been invited by the 1st Lefktron Castle Beaufort Festival to present the screening program “Scenes from an unwritten fairytale” in Mani (Peloponnese, Greece). The screening is scheduled for June 30, 21:30, at an open space (a garden) in Stoupa, Mani. Read more. 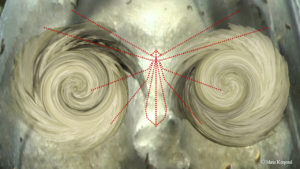 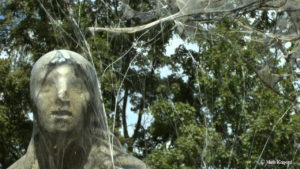 From zero* to infinity!
[miden means “zero” in Greek]

Video Art Miden is expanding and broadening, and is ready to present a rich program of international video art in Kalamata -more specifically at the Historic Center and the beach of the city. Celebrating the strong relationship of the organization with the city in which it started and initially developed, the curatorial team comes back with public projections of contemporary video art from all around the world, from July 5 to July 7, each day activating a different urban area of the city.

Video Art Miden is counting 14 years of continuous artistic & curatorial activity, gathering the most interesting works of Greek and international video art and finding new ways and new venues for projection and promotion of this specific form of art, in Greece and abroad. During this year’s summer events in Kalamata, the audience will have the opportunity to watch more than 170 video works, selected from the recent call for entries addressed by Miden to video artists internationally.

The summer events this year include morning and night screenings, with many different thematic programs, alternating and differentiating morphologically and conceptually, expressing the basic trends of our time. The program starts dynamically on Thursday night (July 5) at the Atrium of the Archaeological Museum of Messenia, at the Historic Center of Kalamata; the next night the screenings will be located at the beach (Thalassa Lounge, July 6), with music-based videos screened next to the wave, as an alternative music party, and on Saturday night (July 7) Miden returns to the City Center, at the Anagnostara pedestrian road, where it completes its activities with indoor and outdoor screenings (Stoa Londou, Bandapart Recording Studio).

This year, the morning screening zone and the tributes to foreign festivals (Now & After / Russia and Cairo Video Festival / Egypt) will be hosted in the Archaeological Museum of Messenia, on Friday and Saturday (6 and 7 of July). A special theoretical presentation by the curatorial team will be held on Friday morning (July 6) in the Archaeological Museum of Messenia with invited directors and theoreticians of the video art field, including Art Historian and New Media Art Curator Anna Hatziyiannaki, who has conducted an important and innovative curatorial work in the areas of new media, cyber-art and bio-art in Greece, and Marina Fomenko, founder and artistic director of “Now & After” International Video Art Festival.

All events are open and free for the public, as always.

Video Art Miden 2018 events in Kalamata are supported by the Municipality of Kalamata, FARIS Municipal Cultural Organization, the Ephorate of Antiquities of Messenia and the Archaeological Museum of Messenia.

The complete program and more info can be found on the website: www.festivalmiden.gr and at fb: www.facebook.com/festivalmiden

– A special tribute to Greek Video Art, with 3 screening units (Inscapes, Anatomy of silence, The world is a theater) which highlight new morphological and conceptual trends that inspire Greek video artists nowadays, focusing especially on the young generation.

– Three thematic units dedicated to Performative Arts, narrative video, video-performance and videodance (Act… with or without expression, Fragments of a story, vDance). These programs investigate the video art “loans” from the performing arts and deal with the morphological transformations of narration, space, object and body movement in these categories of video creation.

– Two screening programs that deal with the concept of Space, investigating boundaries between private and public, familiar and unfamiliar, monumental and the anti-monument (In between, A chance to Cut is a Chance to Cure).

– Three more light and colorful programs (Daydream, Freeze Frame, Scenes from an unwritten fairytale), which create their own poetic narrations through music, animation and digital experimentations.

– Finally, four thematic screening programs, which explore our political attitude and resistance (Get [it] out of your system), the world of fashion and our dependence on it (Flow along surface), the naked body as a medium of dialogue and expression (Shell) and, finally, a screening program for a dystopian present future (The way it looks back at you).

Besides the selections by the curatorial team of Miden, the program includes 2 more curatorial contributions from significant international festivals and a special presentation of music videos by famous film directors, curated by Kalamata Filmhouse:

– Cairo Video Festival (cvf.medrar.org) started in 2005, the same year as Miden. Eight editions have taken place since, bringing artists from different countries to exhibit their video art and experimental film works in Egypt. The festival is dedicated to the power of creative minds. The selection hosted by Miden, curated by Mena El Shazly & Mohamed Allam, sets morphological questions on the boundaries between different forms of visual arts and the incorporation of elements from other arts, especially from the painting legacy, in the art of video.

– International Video Art Festival Now&After (www.now-after.org) has been carried out in Moscow since 2011. Now&After focuses on presentation, development and promotion of both Russian and international video art, getting together emerging and established artists from around the world to present their works to general audience. Now&After was held in major museums and art spaces in Moscow, such as the Moscow Museum of Modern Art, the Schusev State Museum of Architecture, CCI Fabrika and many others. Founding director and curator of Now&After is Marina Fomenko, who is visiting Miden this year and participates in the open lecture. She presents a selection of videos which deal with phantoms of power that haunt us even when we try to ignore them, investigating the ways that forms of power are recorded in collective memory.

-Kalamata Filmhouse (a long-standing partner of Video Art Miden in Kalamata) presents a selection of music video-clips, directed by renown film directors in an attempt to connect the musical message to the moving image.

Video Art Miden is an independent organization for the exploration and promotion of video art. Founded by an independent group of Greek artists in 2005, it has been one of the earliest specialized video-art festivals in Greece and builded an international festival identity, presenting an annual video art festival for a decade. Since 2015, Miden continues its work changing its form to a more flexible and broadened event programming, setting as basic aims to stimulate the creation of original video art, to help spread it and develop relevant research.
Through collaborations and exchanges with major international festivals and organizations, it has been recognized as one of the most successful and interesting video art platforms internationally and as an important cultural exchange point for Greek and international video art. It also provides an alternative meeting point for emerging and established artists and a communication hub between artists, organizations, festivals and art spaces around the world.
Miden screening programs have traveled in many cities of Greece and all over the world, and they are hosted by significant festivals, museums and institutions globally.