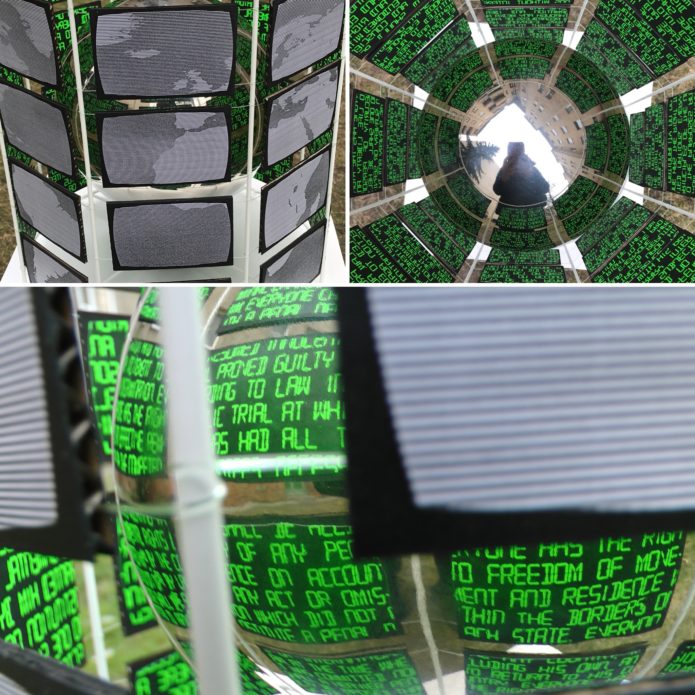 NEW: The object has been processed into a video: Turning a Blind Eye.

The object “Totalitarian United” is a cylindrical structure containing 32 small panels that look like video screens – but they are digital prints. On the outside, the entire world map is shown, on the inside the text of the Declaration of Human Rights is printed in mirror-script; you have to look through the openings between the plates to read the text, mirrored on the big steel ball inside the cylinder. A direct confrontation is never possible and the green, matrix-like letters give the whole a fleeting, easy hackable impression.

The object has been shown in the exhibition TOTALITÄR | UPDATE18 in Verein Berliner Künstler from 20th April to 20th May 2018.